Dr Daniel Duda has been elected President of the Trans-European Division.

Duda has served as the Education Director at the Trans-European Division in St Albans, England since 2005. Since 2015 he is also the Field Secretary and the Adventist Mission Director. Between 2005 and 2015 he was also the Ministerial Secretary of the Division. When he left Newbold for the TED in 2005, he was a Principal Lecturer in Biblical & Systematic Theology in the Department of Theological Studies at Newbold College of Higher Education in Bracknell. His doctorate is from Andrews University.

Prior to coming to Newbold in 1998, Duda served as a pastor, evangelist, Theology lecturer and Ministerial Secretary in the Czecho-Slovakian Union. He has also worked in Russia as Head of the Theology Department and Academic Dean at Zaoksky Theological Seminary (now Zaoksky Adventist University).

Duda enjoys studying the Bible and sharing the results of his studies with others. He is a frequent speaker at camp meetings in Western, Central and Eastern Europe. His other interests include cars, computers and photography. He is married to Viera and they have two adult sons, Marek and Roman. 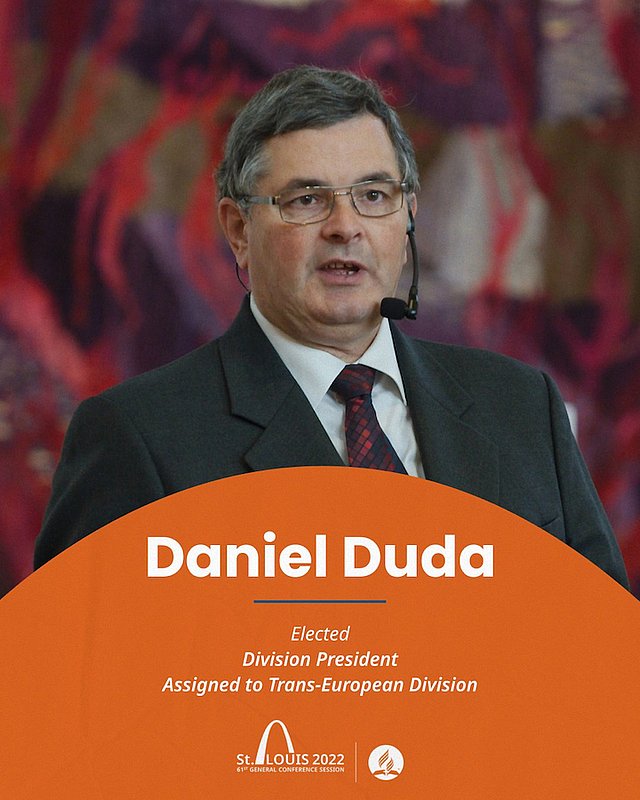