As the British Union Conference (BUC) Executive Committee prayed and considered the person to succeed Pastor Ian Sweeney as President, members shared together the qualities in the leader they were looking for; integrity, humble, committed, spiritual, visionary, confident and with a passion for ministry and mission. As they worked, and prayed, through the process of considering many possible candidates from both near and far, on Thursday, 9 December 2021, they agreed and voted Pastor Eglan Brooks to serve in the role of President to lead the Church in the UK and Ireland for the next five years.

A leader arises in the context of time and circumstance. With committee members gathered in the Stanborough Park church sanctuary, the optics of masked and socially-distanced committee members widely dispersed among the pews, were a vivid reminder of our time. Opening prayers contained yet again support for an individual, and a family grief-stricken by the pandemic. As Pastor Sweeney noted, "We need the Comforter. We need God's guidance and wisdom today."

Is it possible that the Lord answered Pastor Sweeney's heartfelt plea through the election of Pastor Brooks? Because while Pastor Brooks is well-known for his strong administrative and organisational skill, focus on mission and personal evangelism, and his commitment to ensuring youth and children have a place in the Church, a quality that shines through is his empathy and concern for the well-being of the individual. When he sees someone wronged, – he wants the injustice put right. As he shared in his acceptance remarks to committee members, "These are challenging times for us as a Church. I reckon that we will have some difficult days ahead of us. I think that there will be some issues that need to be resolved."

Pastor Brooks began his training for ministry at Northern Caribbean University (formerly West Indies College) and completed his graduate studies with an MA in Old Testament Studies and Pastoral Administration from Newbold College in 1991.

His entry into departmental leadership came in 1998 with his appointment as the director for Pathfinder and Teen Ministries at the South England Conference (SEC). For the next five years the then rapidly growing Pathfinder movement became Eglan's life, training district and local leaders to effectively minister to children and teens, which in hindsight was foundational for future leadership responsibility. It was under his tenure in 2001 that the 'Pathfinder Handbook' was commissioned, still currently used by Pathfinders today.

From 2003-2006 Pastor Brooks returned to local church ministry in south London (Area 6B), pastoring six churches, and then the Cambridge and Harlow district.

It was at the 2006 British Union Conference Session that he was called to serve as Personal Ministries Director. The role included responsibility for promoting evangelism, church growth, and the then BUC Life Development initiative, an evangelism and discipleship resource aimed at connecting with UK secular people.

For a decade Pastor Brooks immersed himself into the role, with an annual National Lay Bible Workers' Convention, a 3-day multi-disciplinary, inter-departmental symposium, for the discipline of study and sharing of scripture together, always with the aim of reaching a friend for Christ.

As a continuing resource to support the life and witness of the church year-round, in 2011 he created the British Union Training Resource Evangelism Centre (BUTREC), which co-ordinated the production, sale and distribution of evangelistic resources.

Connected with BUTREC was the launch in 2012 of the annual literature distribution initiative, whereby every member in the UK and Ireland is invited to share a magazine or book with a friend. Beginning with the 'Power of 31,000', the initiative is now embedded into the church calendar, continuing to this day as the Power of 40,000. It serves as a continuing legacy to his commitment to personal witness and mission. It is perhaps during this role, that has grounded Pastor Brooks for his current role, committed to training members for ministry, through utilising their spiritual gifts. It is almost as if he could have initiated the General Conference 'Total Member Involvement' plan!

From 2017 onwards until his most recent appointment, Pastor Brooks has served as the Ministerial Director for the British Union. There are many pastors who will testify to have benefited from a pastoral visit from Pastor Brooks in their home, accompanied by his wife Tina, listening to concerns over a shared meal together. Although not every problem was solved, through his listening and empathetic ministry, the problem was halved.

On a Sabbath morning just over a week ago, Pastor Brooks was awoken early with something on his mind. He was unsettled, and as he shared with the Executive Committee members, he was drawn to Zechariah 4:6, "'Not by might nor by power, but by my Spirit,' says the Lord Almighty."

As Pastor Brooks begins his new role leading Seventh-day Adventists in the UK and Ireland, he expresses confidence "that in all that will happen, the Lord Himself will lead this Church. I am also confident that this Church can make a difference in this world."

Married to Tina Brooks for 32 years, they are the parents of Melody, Jasper and Kyle. Tina, an accomplished musician, served at one time as the musical director for the London Adventist Chorale. In a programme hosted by Ken Burton for Hope Channel UK, Tina talks about the role of music in her life, which can be seen at this link:

You can also hear a brief interview with Pastor Brooks at the BUC studio in this link: 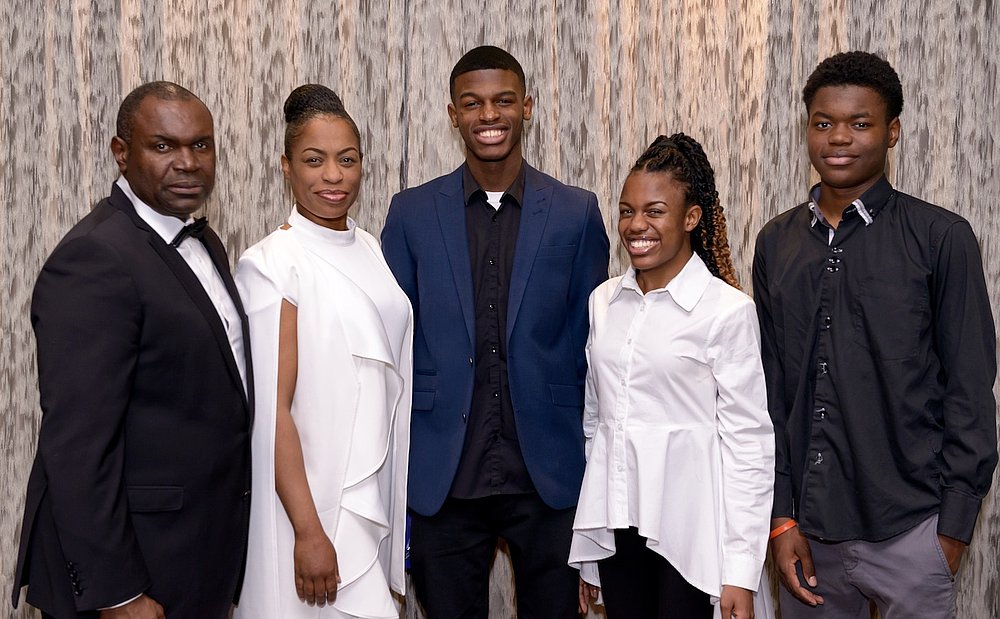 A Team for God