Plans were put in place for Mission Trip to Moldova. A team of 24 youth from Dublin Romanian church and a few more adults were to go for a week in a humanitarian mission trip, 5-12 July 2020. However, Covid-19 lockdown measures stopped us… but not the project.

All the ACS Dublin planning and fundraising that we’ve done for Mission Trip to Moldova (MTM) 2020 had providentially not gone to waste. Our local coordinators had pulled together a team of Adventist youth (and even one local Pentecostal girl!) who carried out the project for a full week. 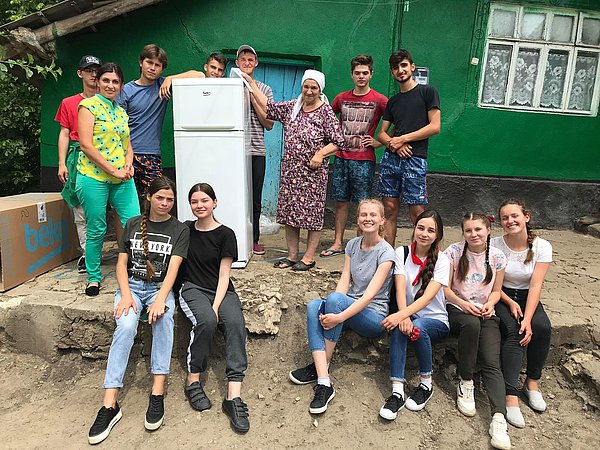 Due to COVID-19 emergency restrictions in Moldova, the project was carried out one week later than initially planned. Therefore all the young people who had taken the originally planned week off work were not able to make it to this project… Instead, God’s hand was at work and a new adhoc team of young people was formed. Initially there were only 7 young people, but the number almost doubled the next day. A Moldovan Adventist who had been working in Ireland for a while and now returned home during the pandemic, kindly let his truck be used for the entire week. This was a vital instrument in carrying out the project, as there were no other vehicles that could be used to carry the several brand new fridges that were bought for families in need, as well as all the packets with clothing and shoe wear. 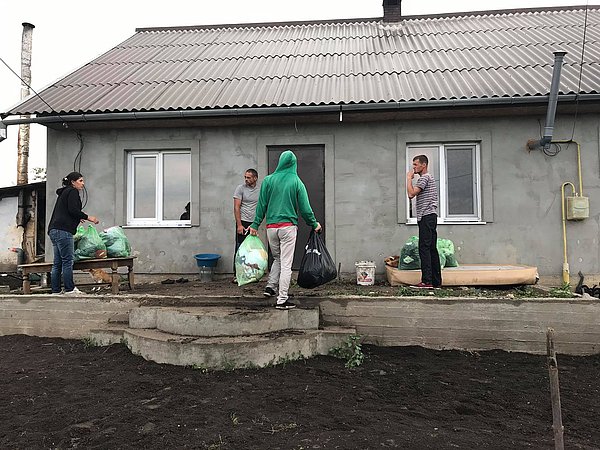 The team focused on those most in need, and in just 5 days, 25 vulnerable families were helped. About 20 cubic metres of wood was cut, transported to families, and chopped to small pieces by the youth. Six brand new fridges and three house doors were bought and installed for people in need. Front porches were painted, gardens were brought back to order, yards were taken care of, and clothing & shoes donated by the Dublin Romanian Church were given as needed. 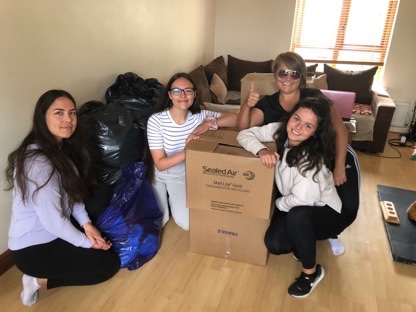 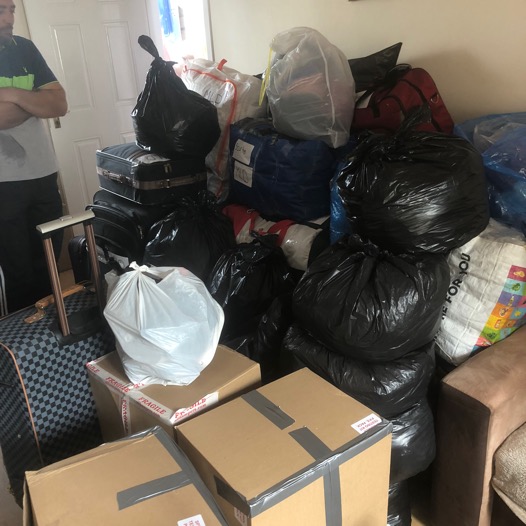 Before moving on to the next family, the group of people would sing and pray for the people. 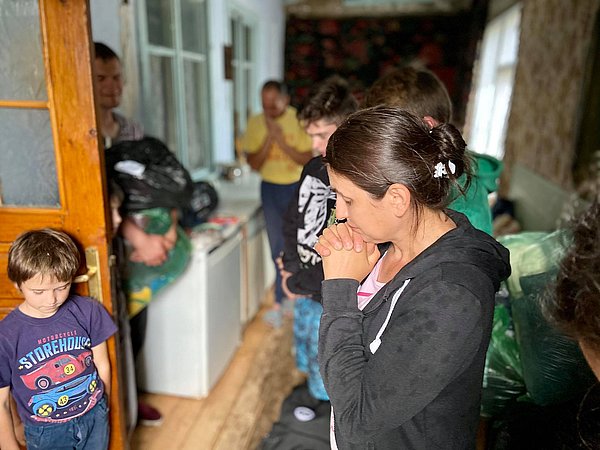 The local villagers would call the mayor and ask “who are these young people?” “what church to they belong to?”; “how can we thank them?” Many tears of gratitude were shed, multiple ‘thank-you’s uttered. The mayor was impressed to see young people take a whole week off to work for old, lonely and disabled people. He said that while other denominations did give humanitarian aid in the past, none had gotten so personally involved with the people. 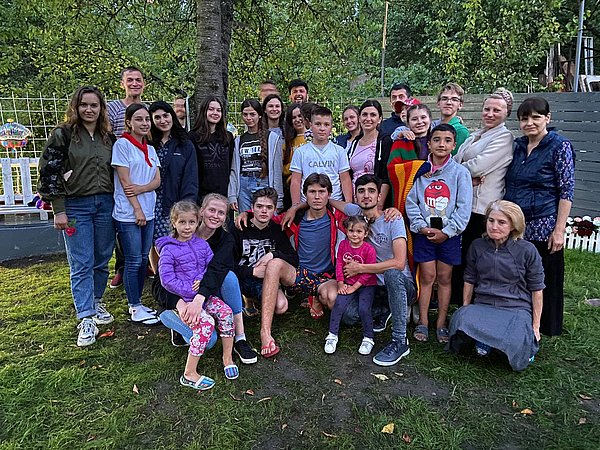 Doing good is contagious. A lot of people heard about the project, from bosses that gave time off work, to shop owners where the fridges and doors were bought from.

Another driver of a truck in which the wood was being carried from the forest to the village said he didn’t have time (nor desire) to drop the wood load at various locations throughout the big village. But when he heard more about the project, and the names of the individuals for whom the firewood was bought, he exclaimed: “these are literally the people most in need in this village. I know everyone, since I’m the local supplier of wood. I’ll get the wood delivered directly to their houses.” 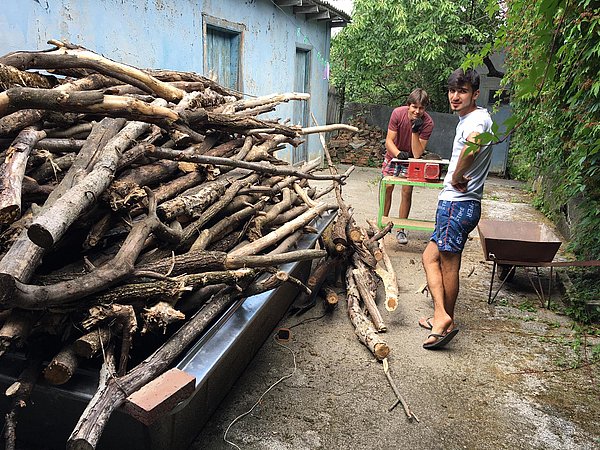 The team of young people got a lot closer as a result of working together. They enjoyed it so much, that they’re thinking of doing another similar project in another place this summer. Local church leaders have been moved to carry out similar projects in the future, seeing the success of combining giving humanitarian aid with restoring homes. 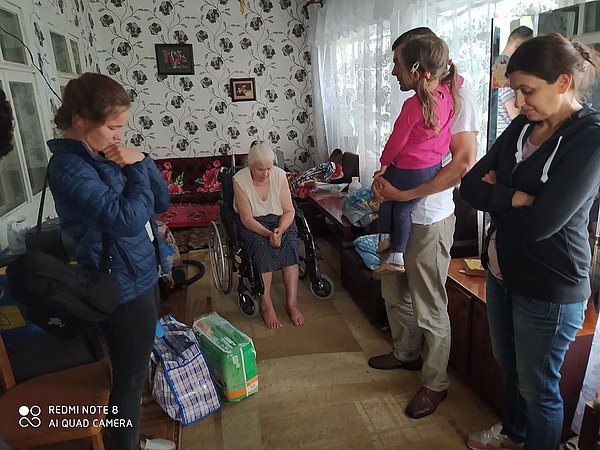 We are thankful for His visible leading in this project, thankful to the local organisers, the three dedicated cooks that woke up at 5am each day, the young people in Moldova, and to the young people and members of the Dublin Romanian church, who have kindly given money and some of their best-branded clothes and shoes to make this project happen. 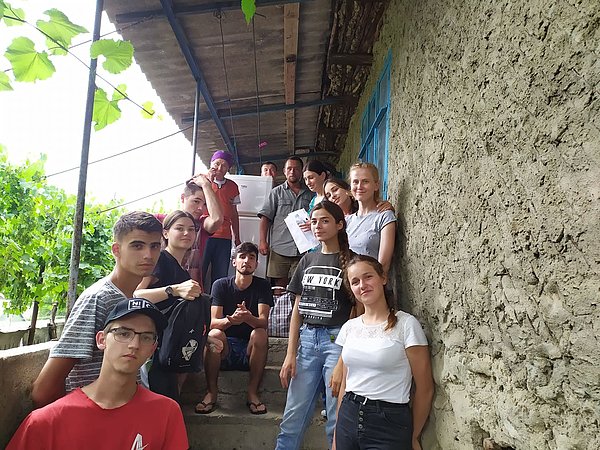 We are also very grateful for our church member, Ion Buga, who drove over 3000km to deliver a truckload of donated goods from Ireland to Moldova. Finally, we wish to thank Monica (youth leader), Johnny (youth elder) and pastor Christian for their enthusiasm and support throughout this journey.

Want to help? We’ll try again next year.
See you in 2021, no Covid restrictions…