Adventist Community Services is the official community outreach ministry of the Seventh-day Adventist church. ACS serves the whole person, a concept known as holistic ministry whose mission is to “serve communities in Christ’s name”.

You'll find below our recent developments in Dublin, Cork and other places in the entire Irish Mission.

For two years now, ACS Cork has been active in helping homeless people at "Penny Dinners" canteen, collecting articles in Summer Collection for Kids in Need, and lately the Shoe Box Appeal for homeless babies and teenagers.

You'll find there our story, projects, resources, ways to support and more.

First step into a beautiful unknown

An experience that definitely leaves its mark: you come away with a mixture of emotions and not all bad, more humble, more appreciative, and with a whole lot more gratitude for the simple things in life. We are all human, we all want to be loved, to belong. Sometimes the people we fear or judge in life become our greatest teachers... (http://dublinwestsda.ie/2017/11/22/greetings-from-gadara/) 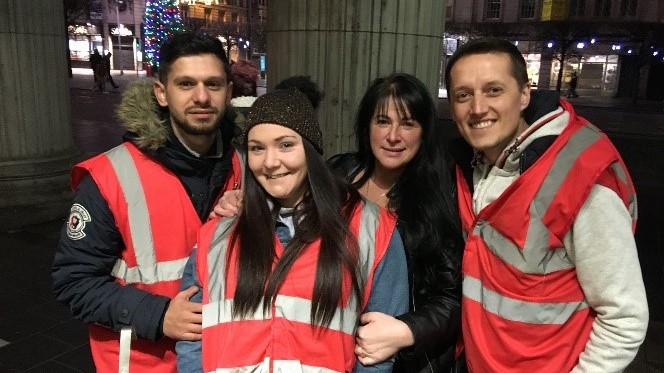 Helping first the "Hope in the Darkness". It all started with a Thanksgiving day and developed into regular and organized help with food, clothing, hygiene products etc. Later with regular +100 sandwiches, a sleepout night, even getting help of partners outside the church. Preparing for the next step - all by ourselves in the street. (http://dublinwestsda.ie/2019/09/25/adventist-community-services-dublin/) 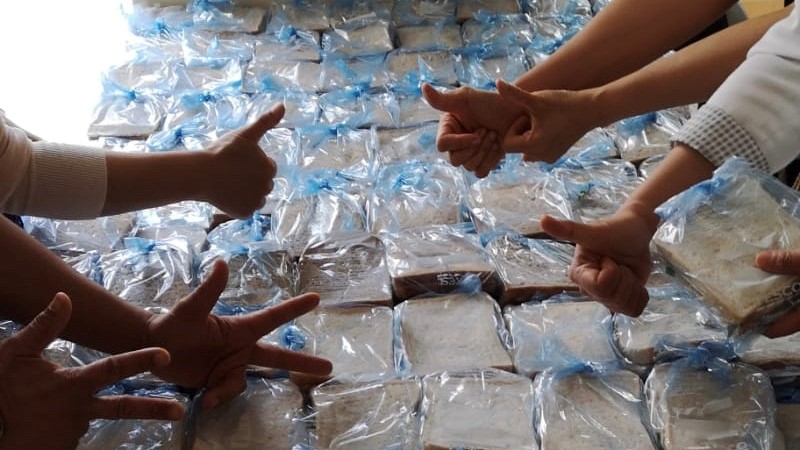 Step by step we are making our way into it. See below some weekly activities, testimonies and our "baptism" into the street ministry. (www.facebook.com/acsdublin | www.instagram.com/acsdublin) 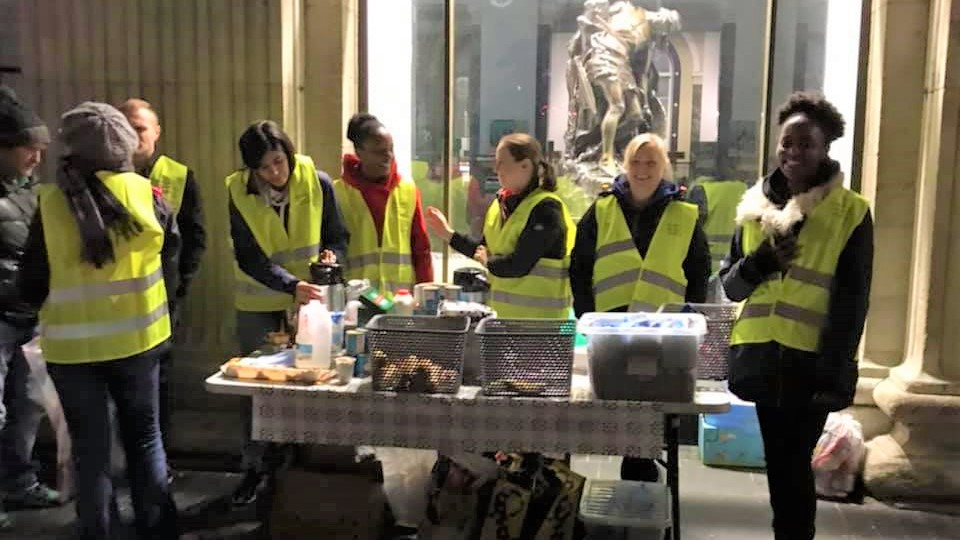 In 1879, the Seventh-day Adventist Church officially named the “Dorcas Society” as its community outreach program. It was named after Dorcas, a believer with a passion to serve others. Her story is found in Acts 9:32, 36, 39 in the New Testament. The Dorcas Society consisted of groups of women who met frequently to provide clothes, food, and/or money for families in the church or the immediate community who had temporary needs.

Later, several churches wanted to involve men and started the idea of a co-ed Good Samaritan Society (General Conference Sabbath School, 2008). By 1953, the General Conference of the Seventh-day Adventist Church broadened the concept of service to address an increasingly urbanized society. This new organization was named “Health and Welfare Services by Seventh-day Adventists.”

In 1956, with the purpose to strengthen Adventist church relief efforts, it became the Seventh-day Adventist Welfare Service (SAWS). As a result, SAWS expanded into a domestic and international Adventist church-organized community program.

By 1972, Adventist Community Services became the official humanitarian agency of the Adventist church in North America. In 1973, SAWS program was renamed the Seventh-day Adventist World Service.

Ten years later in 1983, it became Adventist Development and Relief Agency International (ADRA), expanding its services beyond the United States and Bermuda. Upon review in 2005, ACS International was reinstalled under the General Conference Sabbath School and Personal Ministries Department to focus on Adventists in community services and outreach ministries program (General Conference Sabbath School, 2008).

The mission of ACS is to serve the community in Christ’s name (General Conference Sabbath School, 2008). This means serving the whole person, a concept known as holistic ministry. The word holistic comes from the Greek word holos, which implies that all the properties of a given system (biological, chemical, social, economic, mental, spiritual, etc.) cannot be determined or explained by the sum of its component parts alone. Instead, the system as a whole determines in an important way how the parts behave. It also takes into account the root word shalom (peace, well-being, welfare, salute, prosperity, safe, health, perfect, whole, full, just), indicating that God wants us to have a complete, safe, peaceful, perfect, whole, full life. In fact, it is the most important covenant that God made with His children—keeping the covenant relationship is our duty and responsibility as Christians, not only to God but to others.

Therefore, the purpose of holistic ministry is not only to proclaim the Good News, the word of salvation, but also to demonstrate the love of God to people who are in need. Throughout Jesus’ ministry there is evidence of a genuine holistic approach toward humanity; especially people who were marginalized, disadvantaged, and disenfranchised from society. These included the poor, the sick, the unclean, the prostitutes, and tax collectors—all outcasts as sinful people. Jesus expanded the Kingdom of God to places, people, and cultures that the Jews had never considered God to be interested in and has thus set these examples for many (Matthew 9:10, 21:31, Romans 14:14).

My name is Helena Kunova. I am a member of Cork Church. All my life I am working in HR / Training. I am a Senior Technical Training Co-Ordinator for the last couple of years. Co-ordinating is one of very useful skills when you run ACS. At the end of the day, it doesn’t matter if I co-ordinate trainings or activities for ACS.  I have absolute passion for ACS. The idea to go and help somebody in need, it’s just so fulfilling. And if you can share it with other church members or with kids, the joy is even bigger. I am happy to say that ACS is growing across Ireland. We have started in Dublin & Cork. Today we have other churches involved like Tralee, Kilkenny & Waterford. And there is interest from New Market on Fergus & Belfast. Our ways how to serve communities depend on each city. What is perfectly working in Dublin, doesn’t need to necessarily work in Tralee. That’s the beauty of this ministry. We can do so much. Starting with serving sandwiches & hot food to homeless people on the streets, helping in canteen for homeless people, delivering food supplies to one of our partnering organisations, collecting cloths for kids in need, organising back to school pack or preparing very favourite Christmas Family Hampers. You name it and we do it. Just come with an idea; but all that wouldn’t be possible without our Heavenly Father and the Holy Spirit. I can see Him working all the time.  I am absolutely honoured to work together with our Lord.

Hi All,, My name is Ionut ( Johnny ) Cioloca and I am  Sponsor for ACS Dublin. Since young age I was involved in church activities such as : kids , youth programs ; choirs;  Sabbath School and since I’m in Ireland I was Deacon ;  School Sabbath  instructor; Elder and ACS Leader .Started in 2017 in one of the Dublin churches, ACS Dublin grew step by step having this vision: serve communities in Christ’s name. At this point ACS Dublin is developing by involving more volunteers from 5 different churches , being on the street every Saturday and find different ways of helping those in need .One of the goals for near future is called “ Good Deeds “ which focus on specific need of a person.